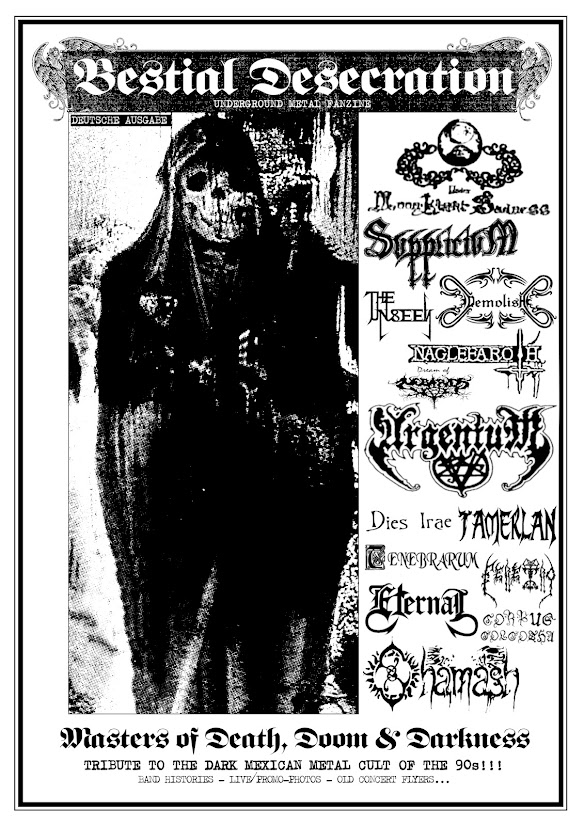 To be published in a few days. German version first, english version later...
By Infernal Destruktor at September 01, 2022 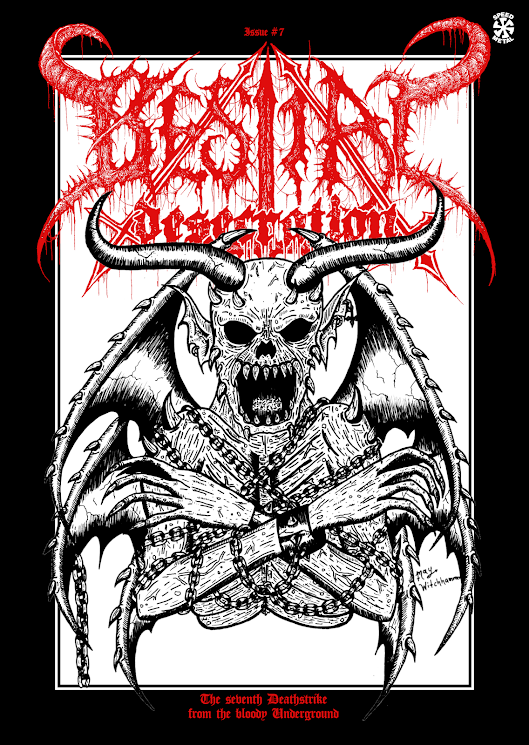 Issue #7 is finally in preparation now... only printed is real!!!
More info will follow soon. 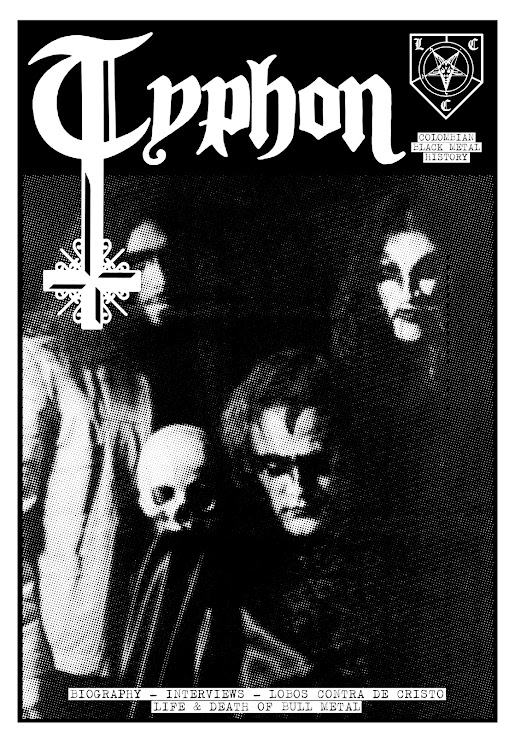 This special issue is a personal tribute which I wrote for the mighty "Bull Metal" (R.I.P.) and the history & meaning of his legendary Black Metal-force "TYPHON"!!! The amount of re-issues and activities around this band has (all out of sudden?!) risen again, but I've felt a big lack of comprehension within all releases regarding the legacy of Bull Metal himself, same as for the meaning of his band. Typhon was an intense and great band, same as Bull Metal as well but it seemed to me, that nobody really put a serious focus upon everything he represented and lived for the Underground - in the past and present! Thus the articles in this issue were written in a certain form, to make you understand his way of thinking, attitude and also all the decisions he made, which finally led him to his too early end as well. Besides of the articles, this issue also includes 5 old interview re-prints (taken from original scans of old 90s zines from Colombia, Norway and the US), old photos and other stuff...  This zine was written with total respect for Bull Metal and Typhon and shall only by read by totally dedicated Underground Bangers, as no other will ever be able to understand the magnificence of his lifework!!

30 Pages, printed on A4 size-paper and completely written in english.

20 Pages of total underground news, band-biographies and promo including 2 long-ass interviews with the mighty WARFARE NOISE (Paraguay) & BAFOMET (Japan)!!! Due to a crashed computer, this time with an improvised logo and in dirty, raw and chaotic cut'n'paste mayhem!
...Nothing will ever stop us!!!!

Available now for free at the distro: www.destruktionshop.de
Also check up your local distros as well - or print it yourself!!!
Print-Files: https://we.tl/t-IeaV1ew72K

Special thanks to Baphometal (WN) & Vladphemer (Bafomet) for the bloody underground dedication and pure spirit in your answers for these interviews!!! It was a great honor - total support!!!

True Underground Labels, Distros, Bands and Zines feel free to send over your news & biographies for the next issue!!! 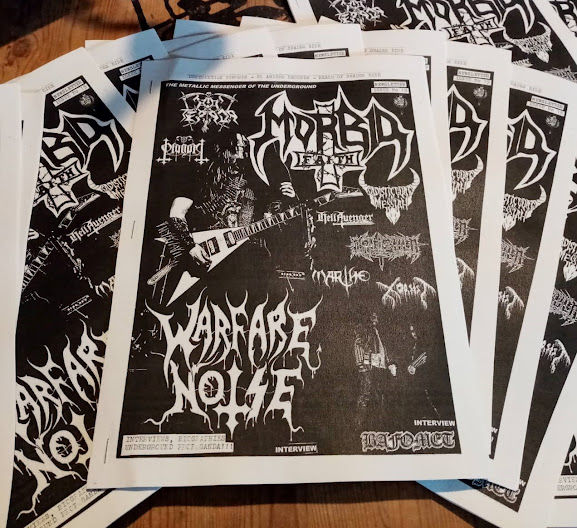 The new Morbid Faith issue has almost been finished! After the massive crash of my shitty ol' computer and the temporary loss of all files, I've decided to do the layout in traditional cut'n'paste style with a quickly improvised logo... this issue will printed in A4 size with more than 16 pages of total metal war incl. two longer interviews with the japanese metal punk maniacs 'BAFOMET' and the black-thrash terror commando 'WARFARE NOISE' from Paraguay!!!

Labels, Distros, Bands, Propagators, Maniacs get in touch for official print-files and free promo in the next issue! We'll never stop this shit...!!! 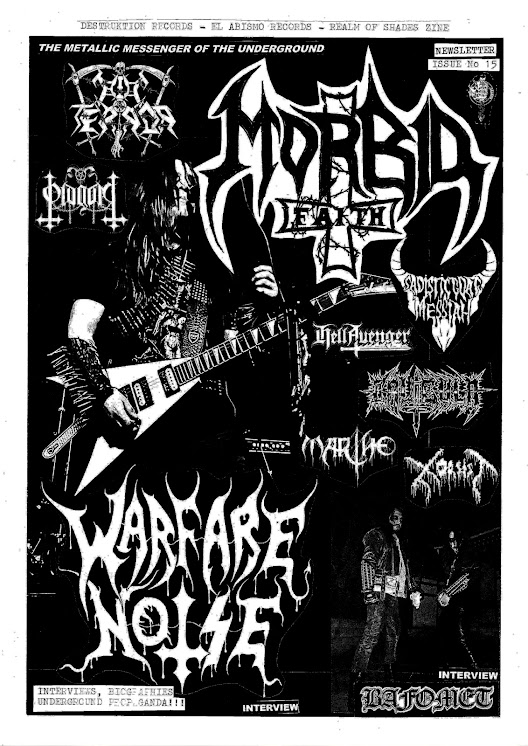 A limited special issue for the german underground speed metal force "SPHINX" will be published in a few weeks, containing a new interview with "Aggressor" and several special articles about their recording-process for the new MLP, the live-concert at Thrash Nightmare Fest and more! - for now only available with the upcoming "SPEED ENFORCING POWER BOOSTER"-Version*, which will be only available at concerts! WATCH OUT... YOU'VE BEEN WARNED!!! 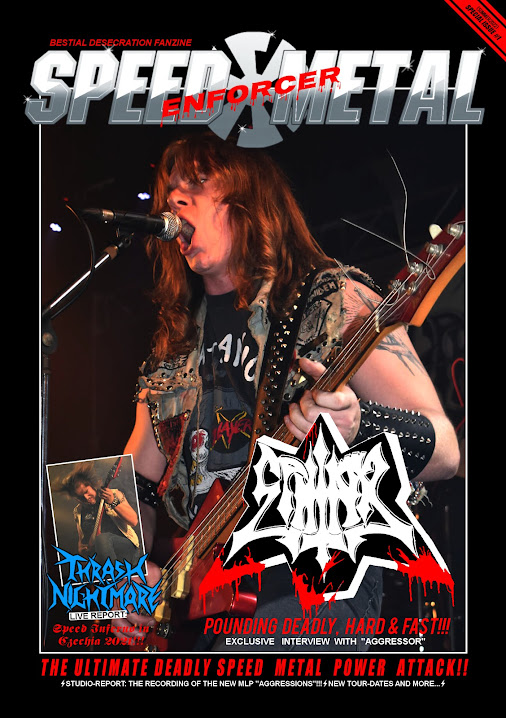 Total Support for the mighty Dominio Infernal Zine from the peruvian Underground!!!
Isuse #2 will be published next week feat. tons of interviews, biographies and more...
Written in spanish!

Several copies will be available at my distro very soon...
www.destruktionshop.de 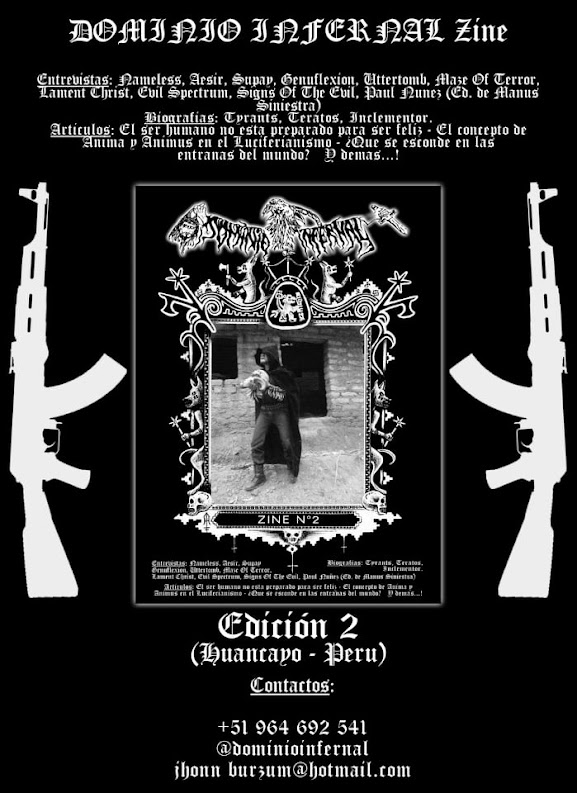 Only printed is real!!!